GoPro is, no doubt, a great camera that captures amazing, high quality photos and videos. But, being an action camera, it is mostly used while you’re on the move, or out there doing adventurous activities, like biking, skiing, diving and so on… This is where gimbals come into picture!

Although some of the newest models of GoPro Hero cameras (especially after Hero 7) come with quite impressive EIS (Electronic Image Stabilization), you may still need a gimbal for truly smooth and shake free shots and videos. 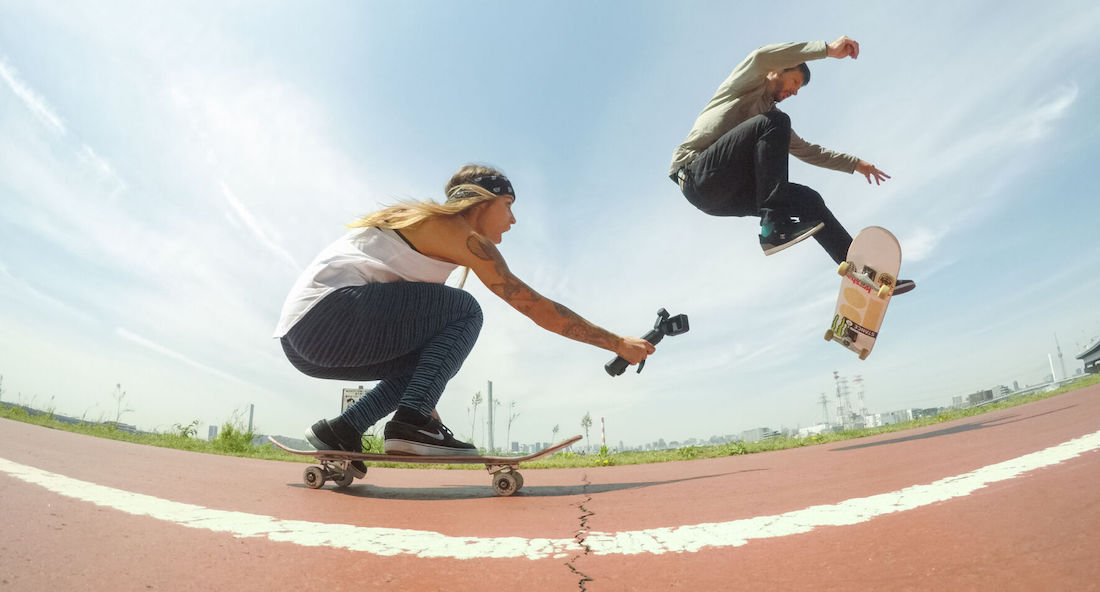 What is a Gimbal?

Equipped with motors and sensors, a gimbal is a device that allows your GoPro to rotate smoothly along an axis. These days, 3-axis gimbals are most commonly available in the market. They help in stabilising your camera while you are out and about, doing what you love the most: adventure! 🙂

So, while you tilt, pan and roll, gimbal enables you to get perfect shake-free shots!

5 Reasons Why You May Need Gimbal for GoPro

Whether you’re just an amateur who loves to take perfect shots on the go, or a professional photographer, a gimbal is worth adding to your kit!

Here we have compiled top 5 reasons why you need a gimbal for your GoPro:

Even if your GoPro has a good in-built EIS function, attaching a gimbal to your GoPro is always an added advantage. You’ll definitely notice a remarkable improvement in the stability of your shots when your GoPro is attached to a gimbal.

Even with the advanced version of EIS, that is, Stabilizzazione Hypersmooth, you may notice an annoying Jello effect commonly produced by the camera’s processor while shooting in low-light situation. But if you use a gimbal in low-light, you will definitely get a better shot as it smooths out most vibrations on the fly.

In case you want to capture timelapse videos with camera move, you would need a gimbal to enable a smooth and slow rotation of your camera during long durations of time. In such situations, it’s just not possible to be holding the camera for so long and pull off a perfect rotation. So a gimbal is MUST!

If you attach your GoPro with a gimbal connected to a monopod, you can take great crane shots. The amazing stability that the gimbal provides makes it look exactly like the ones taken from a drone.

Do you experience short durata della batteria GoPro , especially when filming in higher resolutions and frame rates like 4k/60fps? Some Gimbals can work as a power supply too! Typically, gimbals have their own built-in battery which is larger than that of your GoPro. So, you can power your GoPro with your gimbal via a cable, in case you find that your GoPro is running out of battery.

No, most gimbals for GoPro (including the Official GoPro Karma Grip Gimbal) are NOT waterproof. But they are splash proof. So, it will work great in the rain. Just don’t take it video subacquei!

How much is a GoPro Gimbal?

GoPro gimbals cover a price range from as little as $90 up to 3-4 times more, so there’s one for every pocket. Find the current price of GoPro official Karma Grip Gimbal below:

Our No. 1 pick: Zhiyun Smooth 4 is probably the most popular smartphone gimbal stabilizer in the market right now. This massive fan-base is due to the fact that it is compatibile with probably the largest base of cameras. At the same time, its performance is top-notch and it succeeds in helping you get crisp, stable & high quality footage. 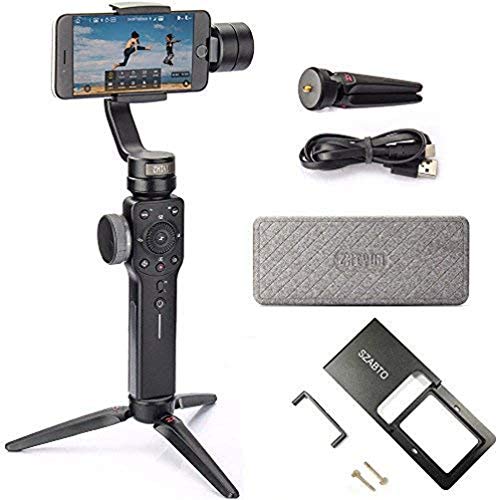 Pro:  Smooth 4 is designed for all types cameras, including smartphones and GoPros. Costing just under $100, it’s very reasonably priced, considering that it has most professional features found in high-end gimbals. With up to twelve hours of battery life per charge, it ensures that you have all the juice needed for a day of recording before you plug it back. Then there’s also Zhiyun native app that lets you in modalità wireless connect your phone with this gimbal to unlock amazing camera features like-

Contro: The major drawback of this gimbal is that it doesn’t have a joystick to control movements. So, it may appear somewhat difficile to use initially, especially for those who don’t have experience of using gimbals.

GoPro Karma Grip gimbal is designed specifically for the GoPro Hero 5, 6 e 7. It’s very facile to set up and lets you control your GoPro straight from the grip itself. Karma Grip gimbal also lets you get connected to the computer without having to detach the camera. You just need to plug the grip to your computer for transferring files and even recharging both the grip as well as the camera.

Pro: Simplicity is the major forte of this product. Just about anyone even without any prior experience of handling gimbals can pick it up and start shooting. GoPro Karma Grip has alta qualità costruttiva ed è leggero at the same time. The performance of image stabilization provided by Karma Grip is awesome. 2 ore battery backup while shooting continuously also looks great!

Contro: GoPro Karma Grip is expensive. You can find gimbals offering similar functions at half the price! Also, it features only two shooting modes (pan follow and following). Another drawback of this gimbal is that it is NOT compatible with GoPro Hero 8 Black.

Check out this video to see an interesting introduction about the GoPro Karma Grip and its operation!

Unlike other gimbals in the market, Hohem iSteady Pro has a one-piece design & it doesn’t require any assembly whatsoever. Owing to this, the gimbal is capable of providing superior stabilization and an excellent anti-shake performance. It has several different stabilization modes and also features object tracking option. Joystick of this gimbal lets you control as well to manually adjust the pan and tilt axes. 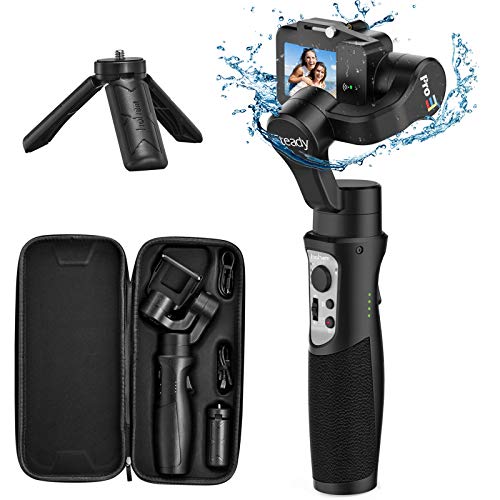 Pro: Compatible with most cameras including smartphone, action cameras and compact cameras, this gimbal also has a lot of interesting high end features, like object tracking (for smartphones). It provides great value for the price you pay for it. Another major plus of this gimbal is that it offers an impressive 12 hours of runtime!

Contro: I feel that the qualità costruttiva of this gimbal could be better! Some iSteady Pro users have also reported to have experienced annoying rumore del motore while recording.