Known as the maker of some of the best action cameras around, GoPro kicked off a new revolution back in 2017 by introducing GoPro Fusion. It was the brand’s first 360-degree camera for consumers. GoPro Max is basically the second iteration of this camera, which is why it is also referred to as Fusion 2.

While Fusion was a great cam, it was a bit inconvenient to use. You can say that it was essentially two Hero 5 Black cameras with separate microSD cards, assembled inside a big housing! Max, on the other hand, seeks to upend all the limitations of Fusion with a sleek, easy-to-use design and waterproof capability. 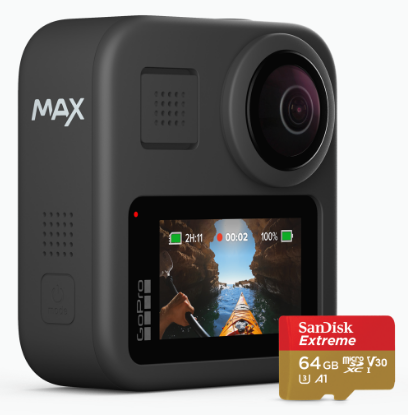 Here are the key specifications of GoPro Max: 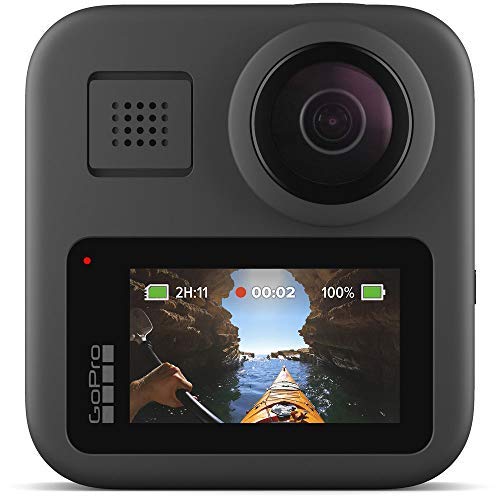 Max, the 360-degree action camera by GoPro, lets you take amazing panoramic photos and videos without actually panning your camera. With dual 180-degree lenses at the opposite sides, you can capture everything that happens in a 360 view. And even if you want to capture traditional GoPro Hero-style wide-angle action footage, this camera lets you use only one lens.

There are many more interesting features of GoPro Max that I’ll elaborate below.

With Max Hypersmooth turned on, you get smooth and stabilized video even in extremely shaky and rapidly moving scenarios. The horizon leveling ensures that you get that cinematic look in the footage.

With an improved hyperlapse feature known as Max Timewarp, you can create smooth time lapse videos for both 360 and non-360 videos using your Max cam. For non-360 videos, you can even switch back and forth between hyperlapse and normal video in real time while recording.

Max has six built-in microphones to record immersive 360 audio from all directions. With support for directional audio for vlogging and wind-noise reduction, it provides a great 360 surround-sound video playback experience.

GoPro Max is a truly rugged camera with included protective lenses for light underwater use. It is waterproof down to 16ft/5m, which protects it during light water shoots and from splashes and rain.

With Max, you can also live stream (non-360 mode) in 1080p resolution to YouTube, Facebook, or other streaming services that support RTMP.

In addition to all these great features, there are some other notable features of GoPro Max, which include:

Rugged and waterproof, Max is definitely a step in the right direction for GoPro. The brand has learnt all the right lessons after making Fusion and built a smaller, lighter and easier-to-use 360 camera. GoPro Max is a hybrid camera that can be used in 360 mode or “Hero” mode.

Here’s an example of a 360-degree photo captured by GoPro Max. 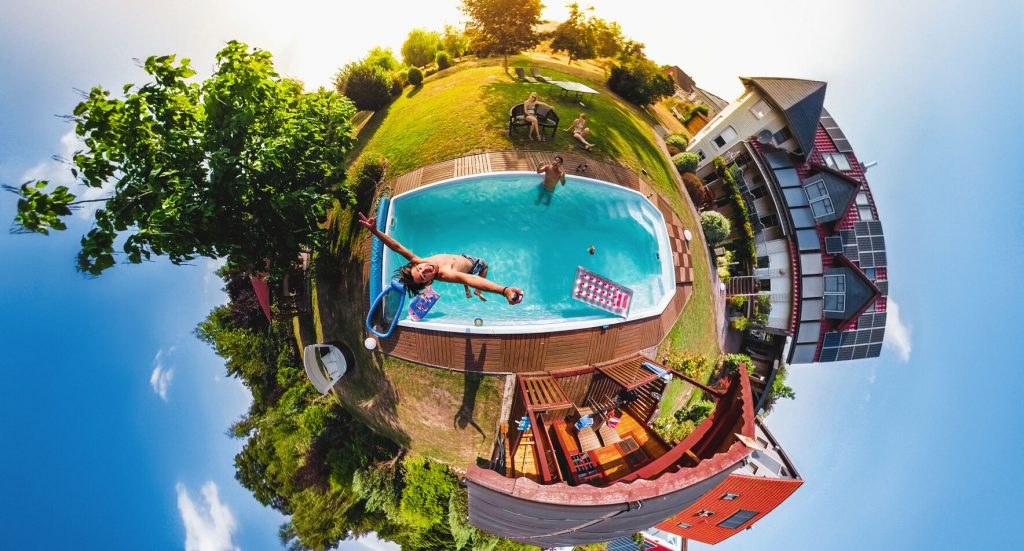 What we like: It is clear that a lot of thought has been put into the design of Max, both in terms of software as well as hardware. Being lightweight, it is much more suitable for extreme sporting scenarios than Fusion. The easy touch-screen interface and two physical buttons make this camera extremely user friendly. It offers wonderful image stabilization (Max Hypersmooth) even in 360-degree mode, with its great horizon leveling feature. Audio quality of the footage shot by Max is also top-notch!

GoPro Max has a single MicroSD card for the twin opposite-side lenses. Therefore, stitching can be done in-camera instead of in-post. Once stitched together, the 360-video file comes in an awesome 5.6K resolution! And with the GoPro app for Android and iPhone, it takes a very little effort to transfer the shots and videos to your phone and edit the footage, change view or angle, add transitions etc.

What we don’t like: If you compare Max with Hero 8 Black, it is noticeably larger and heavier; therefore making it a less desired choice for many rapid adventure sports. While we agree that stitching is a great feature, it has been offered in much cheaper 360 cams like Rylo and Insta360 for years! We also felt that in-camera stitching on Max is not very accurate and has some flaws. Doing it on a desktop gives much better results.

The fact that Max doesn’t have subject tracking feature is also a major disappointment. Lastly, I’d say that while Max Timewarp is amazing, it is also a battery-killer! I saw my battery drain significantly while shooting a timewarp for just 10 minutes.

A major refinement over Fusion, GoPro Max is one of the most versatile cameras the company has launched to date. Its dual-camera setup and ease-of-usage & editing makes it a great choice for those looking for a 360-degree action camera.

However, if you want a standard action camera with regular 16:9 aspect ratio capture, we would NOT recommend Max over Hero 8. This is because, while Max can shoot a 360-degree video at up to 5.6K resolution in 30 FPS, it’s capped at 1440p resolution in 60 FPS. So, if you want to shoot in 4K or at higher frame rates, then Hero 8 Black will still be a better option!

To sum up, GoPro has addressed the shortcomings of Fusion by building a great dual-camera that’s flexible and a whole lot of fun for creating some amazing wide angle footage.