With significant improvements over the first generation (GoPro Fusion), The GoPro MAX is an amazing 360-degree action camera. The improvements mean that you now need just one SD card with the GoPro MAX, unlike Fusion where you required two. It’s because stitching happens in-camera with MAX, thereby producing a single, combined file of your action in 360-degree. Having one SD card definitely makes it very convenient for the user.

For a 360-degree action camera like GoPro MAX, a fast SD card is of utmost importance. In this article I’ve compiled a list of 7 Best SD Cards for GoPro Max as of 2021. 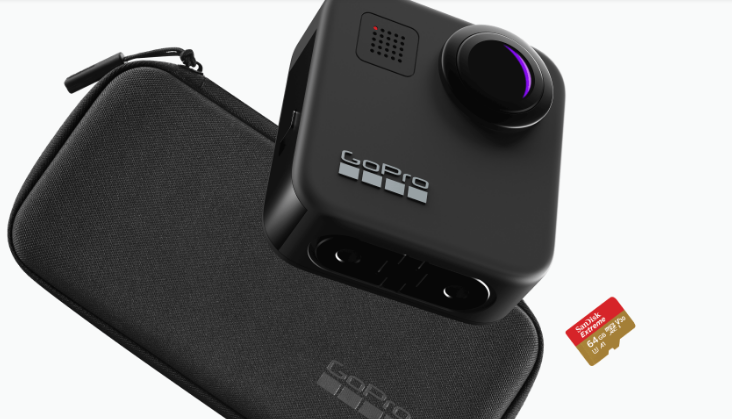 The GoPro MAX has a single microSD card slot that supports minimum Class 10 or UHS-I SD memory cards of size up to 256GB. But you can also use the newer and faster UHS-II microSD cards as these cards are backward compatible. So, they can work with MAX too.

GoPro MAX doesn’t come with an SD card as standard. But if you buy it from the official website GoPro.com, you may get one with a 64GB microSD card as part of an accessory bundle. However, unless you want a bundle like that, you’ll have to get an SD card separately. Also, a 64GB SD card isn’t enough for a 360-degree camera like MAX as it can fill up fast. So, I’d recommend that you get at least a 128GB SD Card for the GoPro MAX.

The SanDisk Extreme UHS-I microSD Card is our top recommended microSD card in this list! It’s one of the most popular microSD cards out there, and a perfect choice for the GoPro MAX action camera. With its amazing write speeds of up to 90 MB/s and read speeds of up to 160 MB/s, you can easily capture 360-degree video in high quality smoothly, as well as raw and burst photography with the MAX.

The SanDisk Extreme SD Card is available in 32GB, 64GB, 128GB, 256GB, 400GB, 512GB and 1TB sizes. It’s officially recommended by GoPro in their “Works with GoPro” certification program. The company often bundles its cameras including the MAX with the SanDisk Extreme microSD card and sells it on their official website GoPro.com. 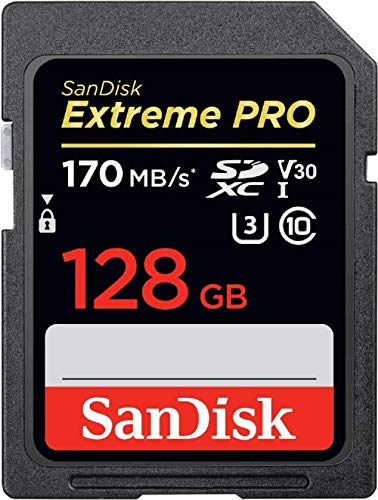 SanDisk’s most powerful SD UHS-I memory card yet, the SanDisk Extreme PRO provides top notch read (up to 170 MB/s) and write speeds (up to 90MB/s). This makes it one of the fastest UHS-I microSD cards on our list and perfect for GoPro MAX. With such speeds, you can access burst mode photography, 4K video recording and many other features of your action camera smoothly. 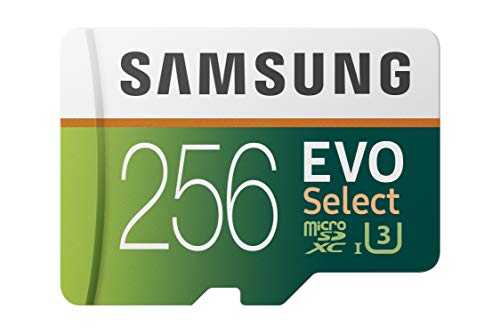 Samsung EVO Select UHS-I microSD Card is one of Samsung’s better microSD cards that’s also very cost-effective. The latest version of the EVO Select is available in 32GB, 64GB, 128GB, 256GB and 512GB sizes. This card is one of the bestselling microSD cards on Amazon owing to its stunning speed, reliability, and price that it comes for.

Samsung EVO Select is shock proof, waterproof, temperature proof, X Ray proof and magnetic proof. So, you can be assured that your data is safe. Its read speeds of up to 100MB/s and write speeds of up to 90MB/s are also pretty impressive, making it ideal for capturing stunning 360-degree videos and high-resolution photos with your GoPro MAX. 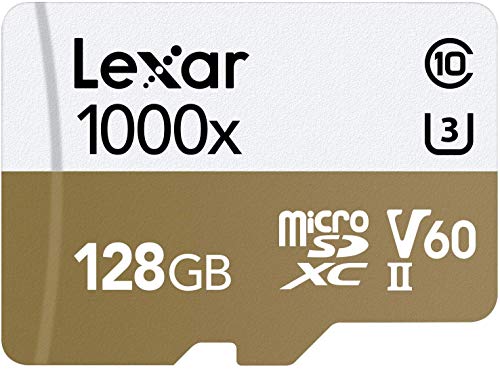 Designed for DSLRs, action cameras and drones, the Lexar Professional 1000x leverages UHS-II technology (U3) for an optimum read transfer speed. It’s one of the top recommended SD cards by GoPro and is capable of providing amazing read speeds of up to 150 MB/s and write speeds of around 90 MB/s. 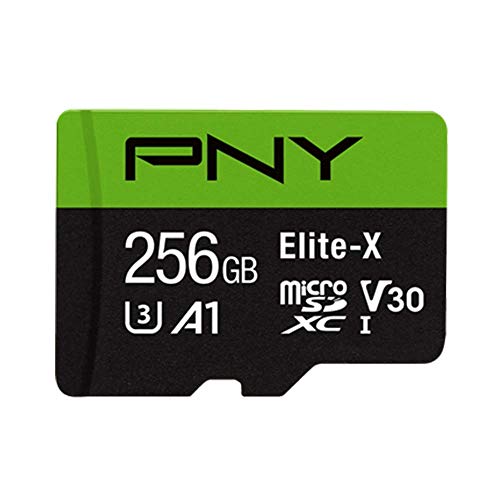 Although PNY Elite-X V30 UHS-I microSD Card isn’t as well-known as some of the others in this list, it’s awesome when it comes to quality and reliability. This card succeeds in striking a good balance of speed and affordability. With 100MB/s read speeds and write speeds at around 80MB/s, it gives superb performance while recording high resolution 360-degree videos with your GoPro MAX.

Specifically designed for action cameras, 360-degree cameras and drones, this card comes in storage capacity variants of 32GB, 64GB, 128GB and 256GB. We would recommend that you go for sizes 128GB or 256GB, as the lower capacity versions are a bit slower. 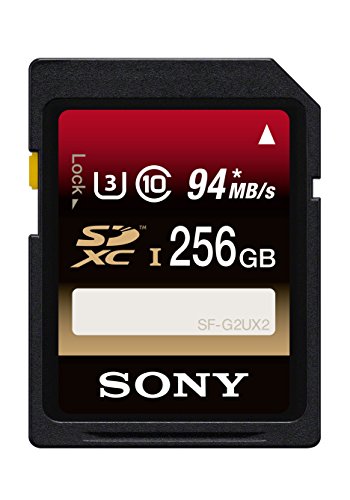 Sony memory cards are very good when it comes to quality and reliability. The Sony Class 10 UHS-1/U3 microSD Card is a high-speed memory card recommended for continuous shooting with 360-degree action cameras like GoPro MAX. With up to 94 MB/s transfer speed and up to 70MB/s write speed, this card designed for photo enthusiasts and advanced shooters to capture the moment as it happens. Thanks to its U3 speed class rating, minimum write speeds are guaranteed not to drop below 30 MB/s, which makes it an excellent choice! 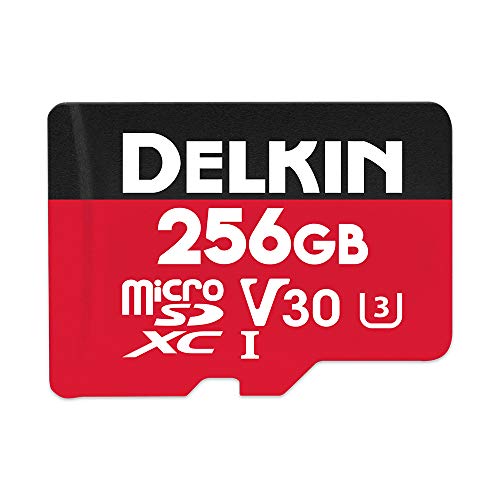 Although the Delkin Select V30 UHS-I microSD Card isn’t the brand’s fastest card, but it’s still rated V30. This means that it’s provides a great combination of being fast enough for the GoPro MAX as well as being very cost-effective. The read speeds of up to 100 MB/s and write speeds of up to 80 MB/s are pretty great for capturing high resolution 360-degree videos or burst pictures of your action with the GoPro MAX.

This card is available in sizes ranging from 16GB through 512GB. We would recommend anything between 64GB to 256GB for your GoPro MAX (depending upon your usage). Rest assured; your data will be safe with this card as it is Water/Shock/X-Ray Proof.

Final Words: Which SD Card to Choose for GoPro MAX

But, always keep one thing in mind: Only purchase well-known brand microSD cards through trusted resellers to avoid frauds and disappointment later on.

What SD Card SPEED do YOU NEED for Recording Videos?

[Vlog Guide] Are GoPros Good for Vlogging? Let’s Find Out!