With the release of the GoPro Hero 8 Black, GoPro also launched a super cool accessory specifically aimed to vloggers. We are talking about the GoPro Display Mod, a tiltable screen which allows you to see yourself while recording videos or taking pictures. With this front display you will never be out of frame again!

So in this article you will learn all about the GoPro Display Mod and another great third-party Display Mod for the latest GoPro Hero 8 and 9 Black. 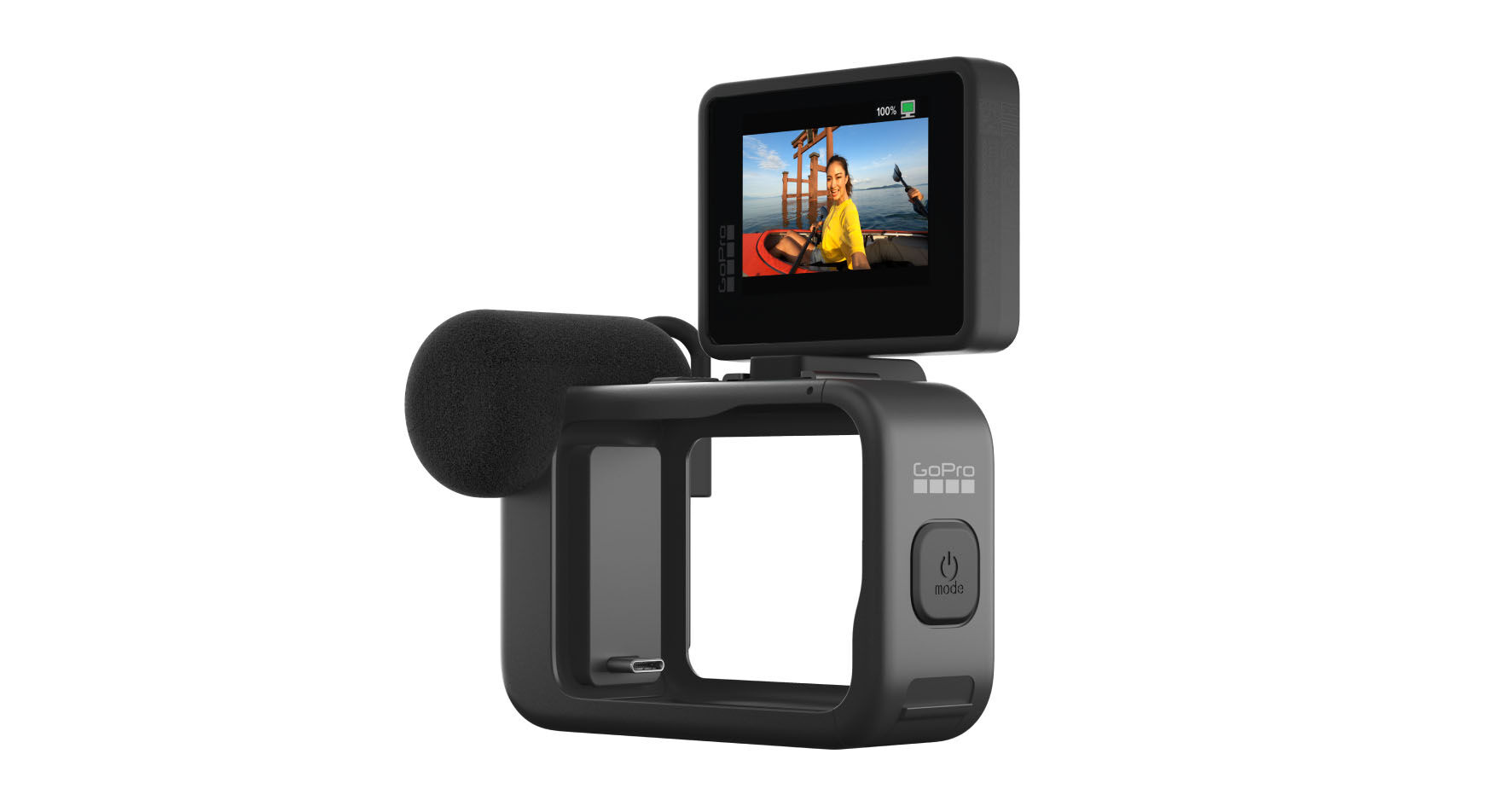 After the launch of GoPro Hero 9 Black, which itself features a front-facing screen, one may think if the Display Mod is really needed? Well, I’d like to mention here that the screen of the display mod is significantly bigger than the Hero 9’s front facing display. So, for serious users (such as vloggers), the Display Mod still holds great value.

GoPro Display Mod: What You Need To Know

Compatible with both Hero 8 and Hero 9 cameras, the 2.0 inch Display Mod comes with a USB-C charging cable and a small case that keeps it safe when it’s not in use. It has one button on the side, one USB-C port for charging, and one micro-HDMI cable. 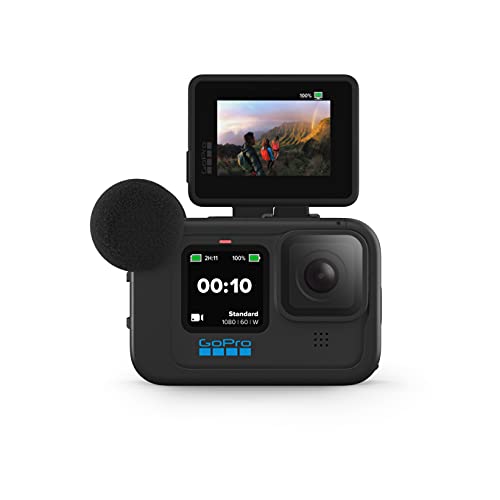 What we like: Perfect for vloggers, the Display Mod lets you frame the shot and see yourself in action. It’s compact but sturdy with a low-profile appearance. The folding design makes it super-easy to store and transport. It’s also very convenient to install (as mentioned above) and use.

What we don’t like: One thing that we don’t quite like about the display mod is that turning it around turns off your camera’s rear display. It means that you can’t adjust any settings because the Display Mod isn’t a touchscreen, and it doesn’t show display settings. Also, the Display Mod ignores the GoPro display timeout settings. It’ll just stay on forever making the battery drain fast.

How to Connect GoPro Display Mod to GoPro

Once the Display Mod is connected, you’ll see yourself on it, and the GoPro Hero 8 or 9 back screen will turn off.

Here are the answers to some common questions that might strike you regarding the GoPro Display Mod:

Can the GoPro Display Mod work without the Media Mod?

No. The Media Mod is required for both GoPro Hero 8 and Hero 9. This is because neither of these cameras have a micro-HDMI port, which the Media Mod has.

Does the GoPro Display Mod have a touchscreen?

No. The Display Mod doesn’t have a touchscreen.

How big is the GoPro Display Mod?

Does the Display Mod use the GoPro camera’s battery?

No. The Display Mod has its own battery. So, you need to charge it separately.

How long does the Display Mod’s battery last?

The Display Mod has a 680 mAh battery, which has a runtime of about 90 minutes.

Coming at about half the price of GoPro official Display Mod, the Suptig LCD Display Screen is a great choice if you’re looking for a cheaper alternative to the Display Mod. It’s compatible with almost all the GoPro Hero series cameras and allows you to have real-time selfie view of your GoPro footage.

This 2.0 inch LCD Display has an IP68 Waterproof rating, which means you can use it in even rainy conditions without worry. What’s more? This compact and lightweight display is super easy-to-install and remove. 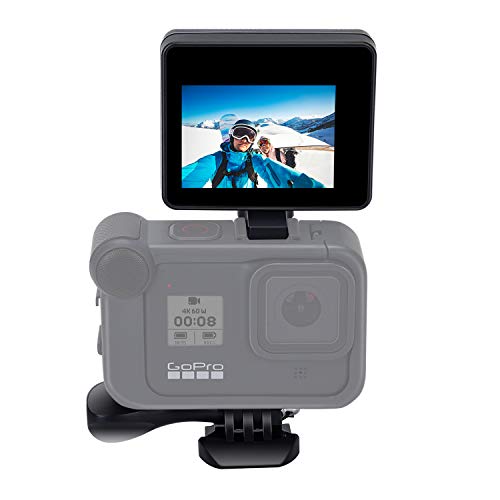 GoPro Display Mod: Which One To Choose?

With all the information given above, you must now be having a fair idea of what to expect from each of the two display screens I’ve reviewed. While both are great products, the GoPro official Display Mod wins if you’re looking for a quality selfie display screen for Hero 8 or 9. However, if you’re on a tight budget, the Suptig LCD Display Screen is also quite good. The fact that it also works with the earlier versions of GoPro cameras makes its use case even wider!