Since GoPro Hero 8 came out, there’s a new exciting accessory called Media Mod that a lot of videomakers and vloggers started to love!

This media mod turns your GoPro HERO8 into a production powerhouse (as they say) with the mountable Media Mod.

It features a built-in directional mic and a 3.5mm mic port for your favorite external mics. And then you can use the HDMI-out port for easy playback on your TV and two cold-shoe mounts to attach lights, mics or LCD screens.

Now, let’s have a look at it in more details… 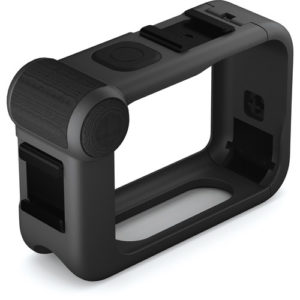 The Media Mod is a cage-like device that clips around the GoPro Hero8 Black and has a built-in directional mic and two cold shoes to mount the Display Mod and Light Mod. The built-in mic provides clear audio with reduced wind and ambient noise. It is perfect for vloggers and YouTubers for their zillion video shoots! 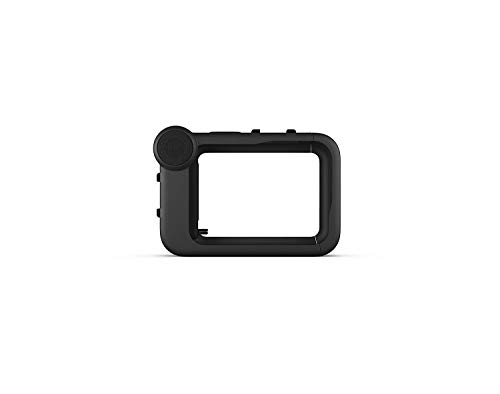 You can easily add an additional mic at the back of your GoPro for added sound and clarity using the 3.5mm mic jack. Unlike other models, you cannot connect the Hero 8 directly to your TV screen using the HDMI cable. For that, you need the Media Mod which incorporates a USB Type-C port, and a micro-HDMI output port for monitoring or playing back your video. The Media Mod is a frame that completely encloses the Hero 8. You need to remove the battery door before sliding in the camera. Make sure to keep the battery door safe.

Please note that the Media Mod is not waterproof. It is meant for shooting in dry surroundings. The rain or water can harm your device as the mic and ports are exposed. Thus, it is not that useful when it comes to filming underwater or near water adventures. Overall, it boosts the audio quality considerably and opens new possibilities for video-taping and Live Streaming.

How to setup the mic with Media Mod

To setup the mic with Media Mod, follow the old steps. With the external mic plugged in, Tap Preferences > Input/Output > Audio Input > Standard Mic. Further, you can adjust it as per your requirements. There are three shotgun mic settings: 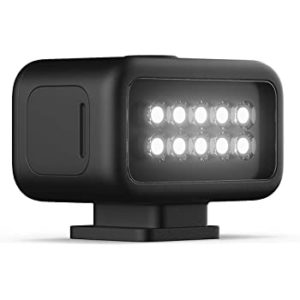 As described in the previous section, GoPro Hero 8 Media Mod is a cage-like device that clips around your GoPro Hero8 Black and has a built-in directional mic and two cold shoes to mount the Display Mod and Light Mod.

The Light Mod provides you with a perfect experience of shooting crisp footage by illuminating the subject in front. It can work as a standalone light or as mentioned, can be attached to the GoPro Hero 8 via Media Mod. 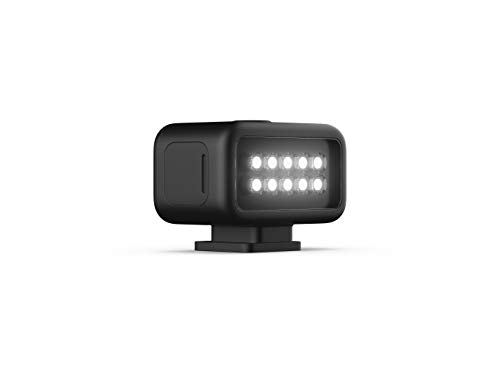 GoPro Light Mod is a well-constructed, portable gear with strong exterior and is waterproof up to 33ft. Light Mod is an amazing add-on even for long, continuous shoots as well. It features a built-in rechargeable battery for up to 6 hours of runtime. Also, the footage can be brightened by 4 levels – up to 200 lumens which results in sharp, ultra clear output. The table below shows the brightness corresponding to the runtime.

Here, Level 1 stands for lowest brightness and Level 3 for highest. You can toggle through the light modes, pressing the top button on the mod. The Overdrive mode is accessed by double-pressing the button quickly – it stays there for 30 seconds and then returns to Level 3. There is another mode known as strobe setting which is nothing but a crazy blinking strobe action.

Media Mod is surely an amazing add-on to the GoPro and a must have if you have a GoPro Hero 8 and you want to increase the functionality of your camera with a better audio, light and more ports. However, the exterior of Media Mod is not as furnished and rugged as the GoPro camera and may feel a bit flimsy at first look. Also, for changing the battery or SD card, you need to first remove all the accessories and then take out the cam to do so. The repeated effort of setting up the accessories may seem a bit tiring. But, apart from these little pull downs, it’s a fabulous gear, especially for vloggers and YouTubers.

The Media Mod with the mounts and ports for mic, LCD screen and light mods widen the world of filming and possibilities for the photographers. The Light Mod is a sure perk with the different light modes and the tough, waterproof exterior. The resulting footage is undoubtedly crisp and phenomenal.

Should you buy the GoPro Media Mod?

If you read until here and you are still wondering about buying a Media Mod, my suggestion is…

absolutely YES if you are:

Don’t buy if you are:

If you found this article useful, please share it with your Facebook friends. It may help somebody with a GoPro, just like it did for you 🙂