The GoPro Hero 7 White is a tough, waterproof action camera which lets you shoot stunning Full HD videos (1080p @ 60fps). This action camera allows you to shoot beautiful 10MP photos. It has a 1220 mAh built-in battery and a USB-C port is available for connectivity. Other features like WiFi, Bluetooth, Voice Control Commands are available for enriching your shooting experience.

However, due to the fact that the battery is in-built, you cannot remove the battery of the Hero 7 White. Also, it lacks some great features like HyperSmooth stabilization, live-streaming and high dynamic range (HDR) images. 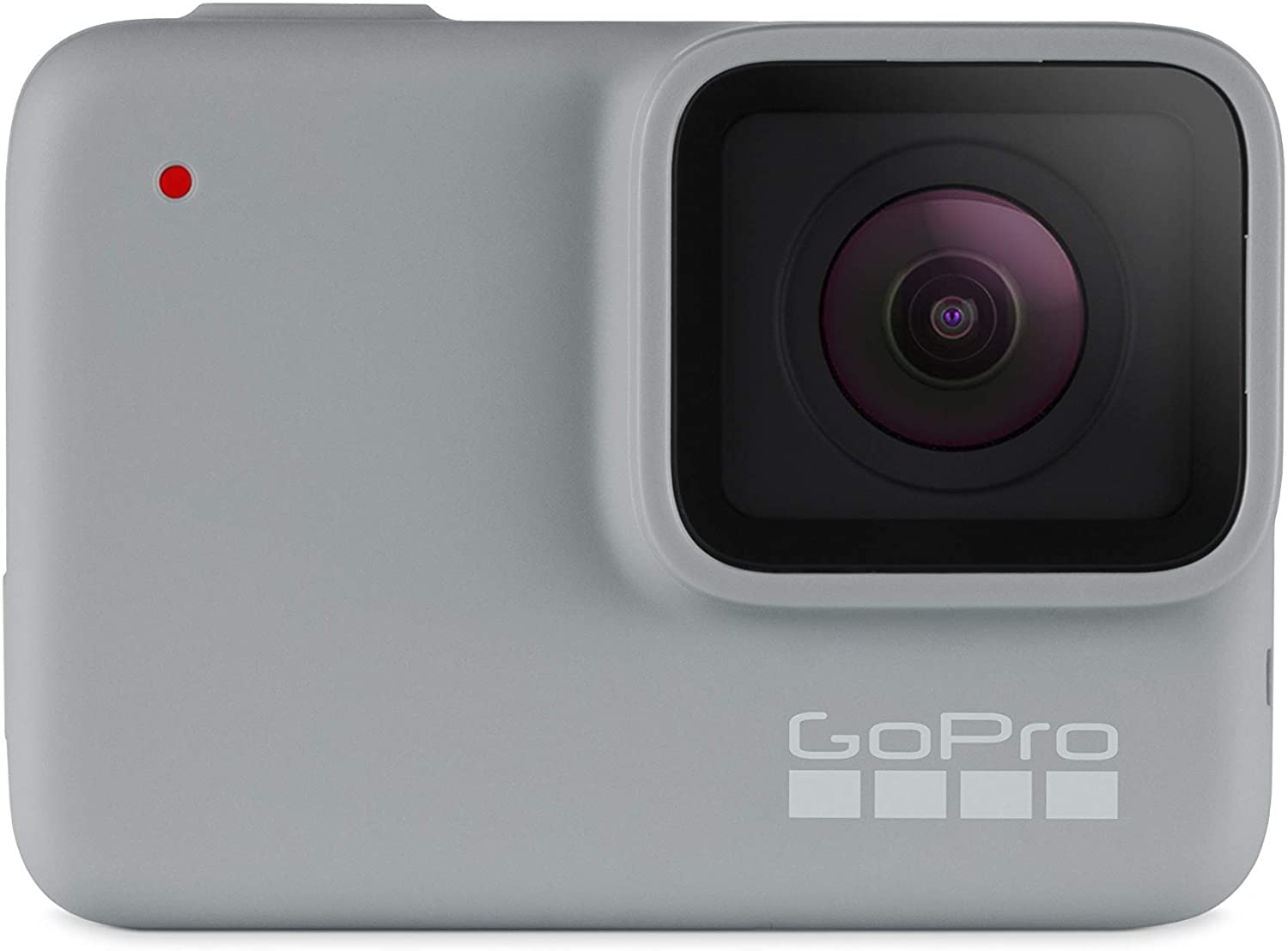 The flagship Hero 7 series camera – the GoPro Hero 7 Black is versatile and has loads more to offer. With this action camera, you can enjoy recording your fun moments using some amazing new features like HyperSmooth, TimeWarp, SuperPhoto etc.

The Hero 7 Black can record videos in Full HD 1080p resolution at 240 fps, which means you can slow down up to 8 times to create wonderful slow-motion recordings. With 12MP photo resolution and up to 4K @ 60fps resolution, it is capable of capturing some amazing shots and high dynamic range (HDR) images. This camera also has the option to shoot images in RAW format in addition to the standard JPEG format. 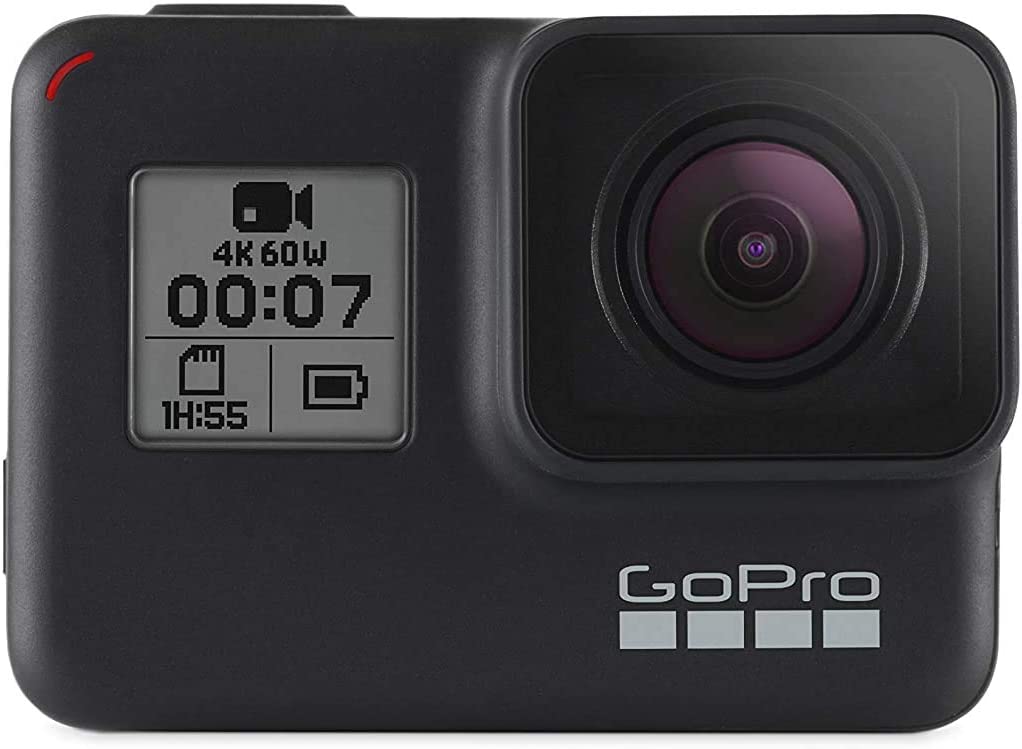 Other than the obvious difference in colour, the look of both the Hero 7 White & Black is almost the same on the outside, except that the former doesn’t have a front screen while the latter features a monochrome front LCD screen. Both cameras have the lens port on the top right corner and a touchscreen that covers most of the rear part of the camera. Another noticeable difference is that the Hero 7 White has only one door as its battery is built-in, while Black has two (because its battery is removable).

Both these models are waterproof up to 10m depth. However, the notable difference here is – if you need to take the camera a little deeper in water –  the Hero 7 Black is compatible with GoPro’s SuperSuit cover. With the frame on, it can be taken down to 60m depth. The Hero 7 White, on the other hand, is not compatible with the same and thus, a separate third-party protective housing is required for the camera.

The battery life is the same in both GoPro 7 White & Black as these two cameras use rechargeable batteries rated exactly the same at 1220 mAh. Main difference between the two is that the Hero 7 Black has a removable battery and can be swapped with batteries of previous models (Hero 5, 6 Black). However, the Hero 7 White has a built-in battery. So, you can’t remove it, and the only way to charge it is by connecting it directly to a power source.

The GoPro Hero 7 White has only two onboard microphones, as compared to Black which has three. Therefore, the Hero 7 Black offers better sound quality. Also, there is a provision to connect an external microphone via adapter in the Hero 7 Black for enhancing the voice quality – a feature that’s missing in White .

The GoPro Hero 7 White does not support several additional features like Hypersmooth, Super Photo, Live streaming etc. It is somewhat limited in its functionality and compatibility. The Hero 7 Black, on the other hand, is the flagship version which offers all these features making photography more flexible and enjoyable.

From the above comparison, it’s clear that the GoPro Hero 7 Black is the winner without any doubt. However, I feel that this comparison is not fair because here we’re comparing a flagship camera with its base model. Even though the Hero 7 White is low on features, it comes at a significantly lower price than the Hero 7 Black.

Therefore, it all comes down to its application and your personal preferences. If you’re looking for a low-budget camera for shooting simple videos of your adventures in HD, then the GoPro Hero 7 Silver is a good-enough option for you. However, if you’re someone who needs a fine quality action camera with incredible image stabilization, 4k res. videos, good sound quality, more versatility, etc. then the best option is definitely the Hero 7 Black.