In this article, we’ll focus on GoPro Karma Battery: the battery that comes included with the Karma drone. You’ll get all the information regarding various aspects of this battery, including its specs, flight time and price as of 2021.

Here are the key specs of GoPro Karma Battery: 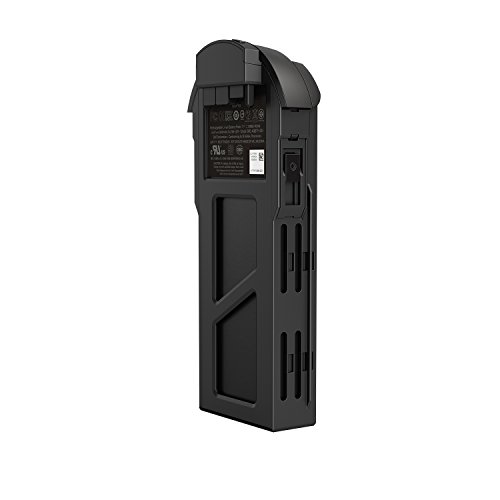 As mentioned in the specs above, GoPro claims that the Karma battery lasts as long as 20 minutes. But in the real world, when tested with a fully charged battery in normal, non-windy situations, the battery only lasted 14 minutes.

Time taken to charge your Karma battery is also a bit longer than what the company claims. It takes about 1 Hr 18 Min to fully charge the battery.

Have a look at the video below to know more about GoPro Karma Drone battery life.

How to Charge Karma Drone Battery?

Charging the Karma drone battery is fairly easy. Here are the steps you need to follow:

How to Use Karma Battery as a Power Bank?

In an emergency, you can also use your Karma battery as a powerbank.

You can also use the same technique with your Hero or Session cameras, or any other product that charges with USB-C port. That’s how your Karma battery can be used as a powerbank.

The tale of Karma Drone hasn’t been quite happy! With several complaints about its battery life and its initial battery flaw that led to many of these drones falling down, this product has been through a lot of rough patches. So much so that it had to be discontinued back in 2018!

Its battery is one of the most glaring weak points of the Karma drone. Lasting just about 14 minutes, you’ll spend more time getting to your destination than capturing aerial footage of it! Other drones like DJI Mavic Pro, on the other hand, can stay in the sky for roughly 25 minutes which is significantly higher than Karma drone.

So, it is recommended that you take along an extra battery and swap it out whenever you want more flight time with your Karma drone.

More about the GoPro Karma Drone

GoPro Karma Drone lets you capture some really cool shots of your exciting adventures from up there. This slim and portable quadcopter drone provides some great features like video stabilization in the air and touchscreen controller.

Launched in 2016, Karma drone debuted as one of the most versatile and portable drones in the market. When it was announced in late 2015, there was a great excitement regarding this product amongst GoPro fans. It was one of the most sought-after drones in the market then. But it didn’t quite match up to its competitors in terms of various factors like flying range, battery life, stabilized indoor operation etc.

👉 Have a look at this article for more information and our full review of GoPro Karma Drone.