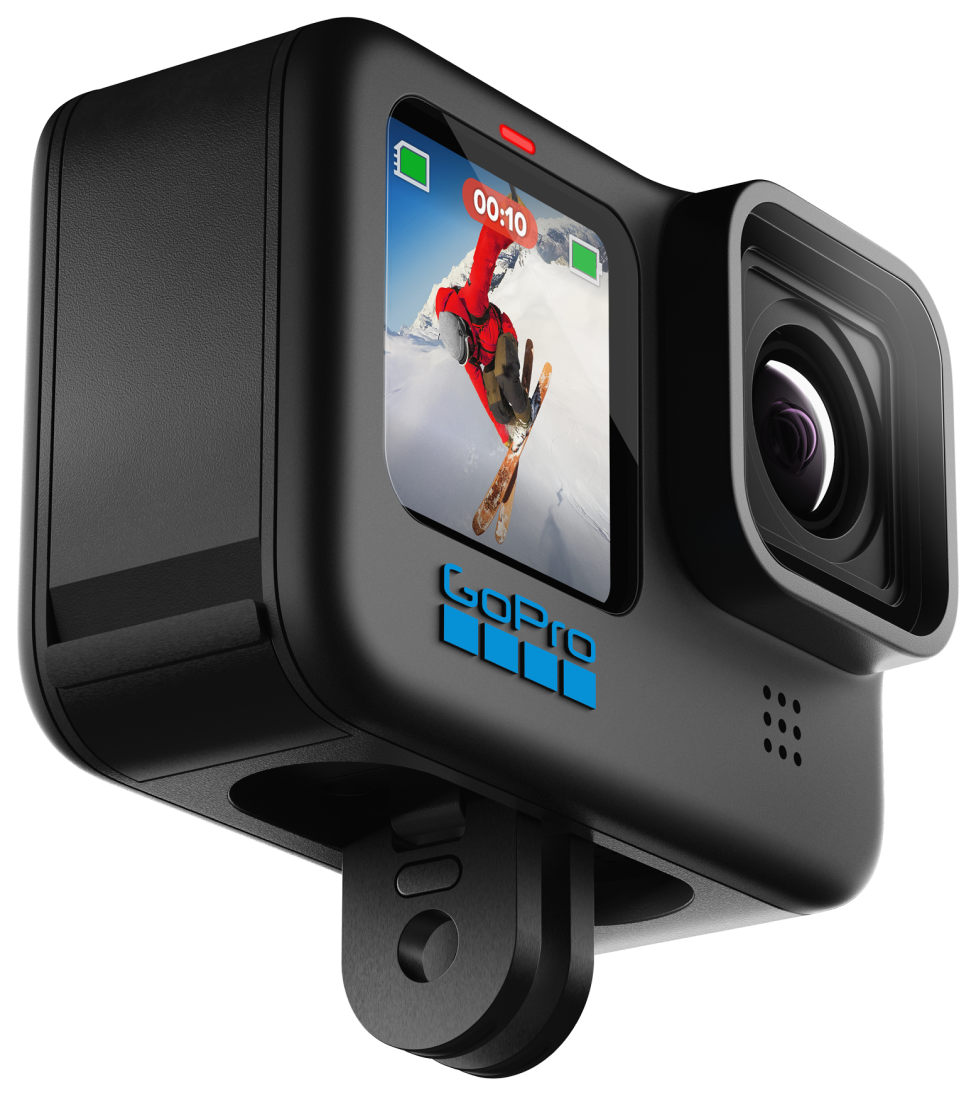 Even though it has been a year since it was launched, the GoPro Hero 9 Black still has a great appeal. It is one of the most advanced action cameras around, with 5K video recording capability. 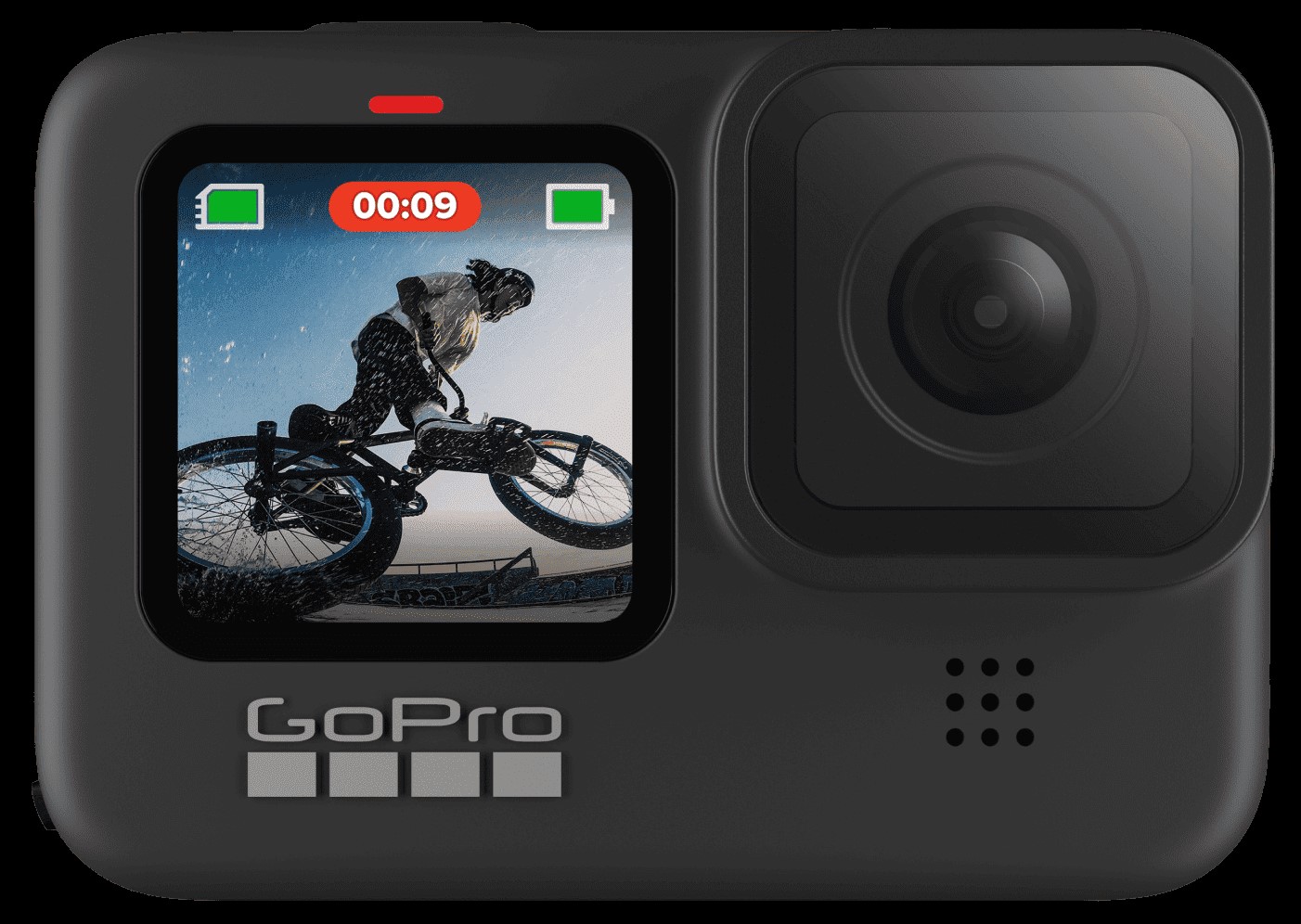 In this post, you’ll learn all about how these two cameras compare when it comes to their features and specs.

GoPro Hero 10 Black looks almost identical to Hero 9. The only minor change is that the GoPro logo and the series name, which used to be grey on the previous model, are now in blue color. The weight of the camera is also a bit lower at 153 grams, versus 158 grams of Hero 9. Rest, everything remains the same, including buttons, front display, battery compartment, USB-C port, and micro-SD slot.

Hero 10 bumps up photo resolution up to 23 megapixels and can shoot up to 5.3K videos at 60FPS

Since the GoPro Hero 10 Black features a more powerful chip, it is capable of recording videos at up to 5.3K resolution at 60 frames per second. The Hero 9, in comparison, can only manage 5K at 30fps. The supported frame rates on the Hero 10 have doubled for other resolutions too. You can now shoot 4K videos at 120fps and 2.7K at 240fps. When it comes to still shots, the Hero 10 Black can capture pictures at 23-megapixel resolution against 20 megapixels on the Hero 9.

The Hero 10 doubles the performance of the previous Hero 9

The GoPro Hero 10 Black is radically improved when it comes to speed. Thanks to its GP-2 processor, the interface of the Hero 10 Black feels much smoother when used alongside Hero 9. General usage of the camera is noticeably much faster. GoPro claims that the Hero 10 is twice as fast as the GoPro Hero 9 Black.

HyperSmooth is upgraded on Hero 10 for steadier video

With HyperSmooth 4.0, the image stabilization on the GoPro Hero 10 is superb and noticeably better than HyperSmooth 3.0 on the Hero 9. Even when you’re running, the footage will look super smooth with little to no jitter whatsoever. And, when you enable Boost, you get an even more stable image. What’s more, Hypersmooth 4.0 on Hero 10 Black can be used even on higher resolutions, including 5.3K/30fps, 4K/60fps, and 2.7K/120fps.

There’s surely an improvement in the low-light stills and videos captured on the GoPro Hero 10. In the Night mode, the pictures and videos have sharper details and considerably less noise as compared to the Hero 9 Black. However, this difference isn’t too huge.

Here’s what remains the same in both the models:

The GoPro Hero 10 Black sports the exact same 1,720mAh battery as the Hero 9 Black. Regarding battery life, you can expect around an hour and a half of video recording in 4K resolution. However, that would vary depending upon several factors, like frame rate, shooting mode, etc. So, if you’re planning to use the Hero 10 Black all day, it would be better to have an extra battery.

Both the action cameras are waterproof down to 33 feet. If you want to take the camera deeper than that, such as while deep-sea diving, you’ll need a waterproof housing case.

Finally, Is it Worth Upgrading from Hero 9 to Hero 10?

However, whether you should upgrade to it or not also depends upon your own preferences. Practically, there isn’t really a drastic change in the quality of shots between Hero 10 & 9 other than the fact that you can now shoot 4K or 5.3K videos at higher frame rates. Therefore, if you aren’t overly concerned about the higher frame rates and processing speed, then you can stay with your GoPro Hero 9 Black too. Otherwise, go for the new GoPro Hero 10 Black.

I hope this guide helped you know the difference between two of the recent GoPro models – GoPro Hero 10 Black VS GoPro Hero 9 Black.  🙂