Here’s how the DJI Osmo Action and the GoPro Hero 8 Black compare when it comes to their especificaciones: 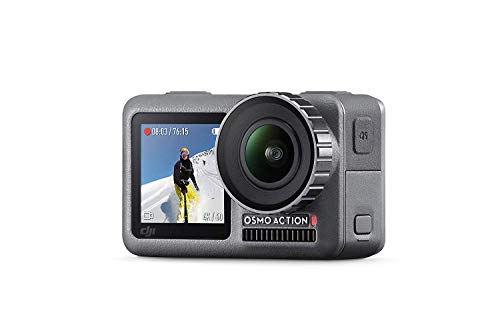 The most noticeable difference between the two cameras is the inclusion of a front color display in the Osmo Action. The GoPro Hero 8 Black, on the other hand, sports the same monochrome front screen as the Hero 7 Black. However, with the introduction of Hero 8, GoPro has come up with a new system of mods (sold separately), which includes-

This one is more of a similarity than a difference. Both the cameras have 12-megapixel sensors and can shoot 4K video en 60FPS. With 1080p resolution available at 240FPS on both the cameras, you can capture some amazing slo-mo shots at 8x slow-down.

So, your decision on which one of the two action cameras to buy solely depends on which aspects of a camera are of utmost importance to you. For example, if you want to capture high-quality cinematic shots with superb stabilization, then the GoPro Héroe 8 is probably your best option. However, if you’re a vlogger who doesn’t want too many external accessories weighing down your setup, then the Acción de Osmo is the way to go for you.