With the release of every new model, GoPro always has something exciting and amazing to offer. GoPro Hero 7 Negra is a real treat for all the photography lovers. This series has all that you’ll need for a perfect recording. With a sturdy, stylish exterior and some superb in-built features, you are ready for a smooth rollercoaster ride.

This article is specially for all GoPro users who have just got their hands on this fabulous gear and are looking for “how to get started” instructions as well as for those who are looking for an upgrade. In this article you’ll learn about features and specifications of GoPro Hero 7 as well as some useful consejos for beginners.

So without further ado, let’s get started!

All about GoPro Hero 7

The Hero 7 series has three models : Negro, plata y blanco. Black is the premium model and is most priced out of the three, White is the cheapest with Silver falling in between the two. All three have their individual striking features. Hero 7 Negro is, hands down, one of the best standalone action cameras in the market today. Along with its rugged design, incredible stabilization (called hypersmooth), amazing picture and improved sound quality, it offers some stunning features.

If you are looking to get yourself a HERO 7, here below you’ll find the link to Amazon’s.

Before jumping on to Hero 7 Black, let’s have a quick look at the difference in especificaciones entre Hero 7 Silver and White.

Now, let’s talk about the Hero 7 Negro. It comes with some striking new add-ons that make the old as well as the new users super interested in it. Say goodbye to shake and say hello to live streaming with the fashionable and reliable Hero7 Black.

Hero 7 Black comes with the same external design as the previous models like Hero 5, 6, but with added features which acts a plus. You can enjoy recording your fun moments using new features like HyperSmooth, TimeWarp, SuperPhoto etc. But, at the same time, you can also re-use the same battery, same sized sensor and lens as before without having to worry about throwing the old accessories, as they will work just fine with this model as well. 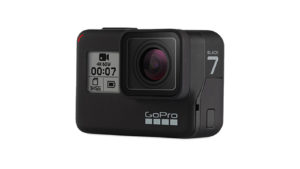 Turning on a GoPro is very easy. Push the power/mode button in the front of the camera to turn it on.

During long, continuous shooting hours, to save time and battery, you may also use the feature QuickCapture. By enabling it, you can directly turn on/off the camera using the shutter button.

Click to know about the Best Configuración de GoPro for GoPro Hero 7. 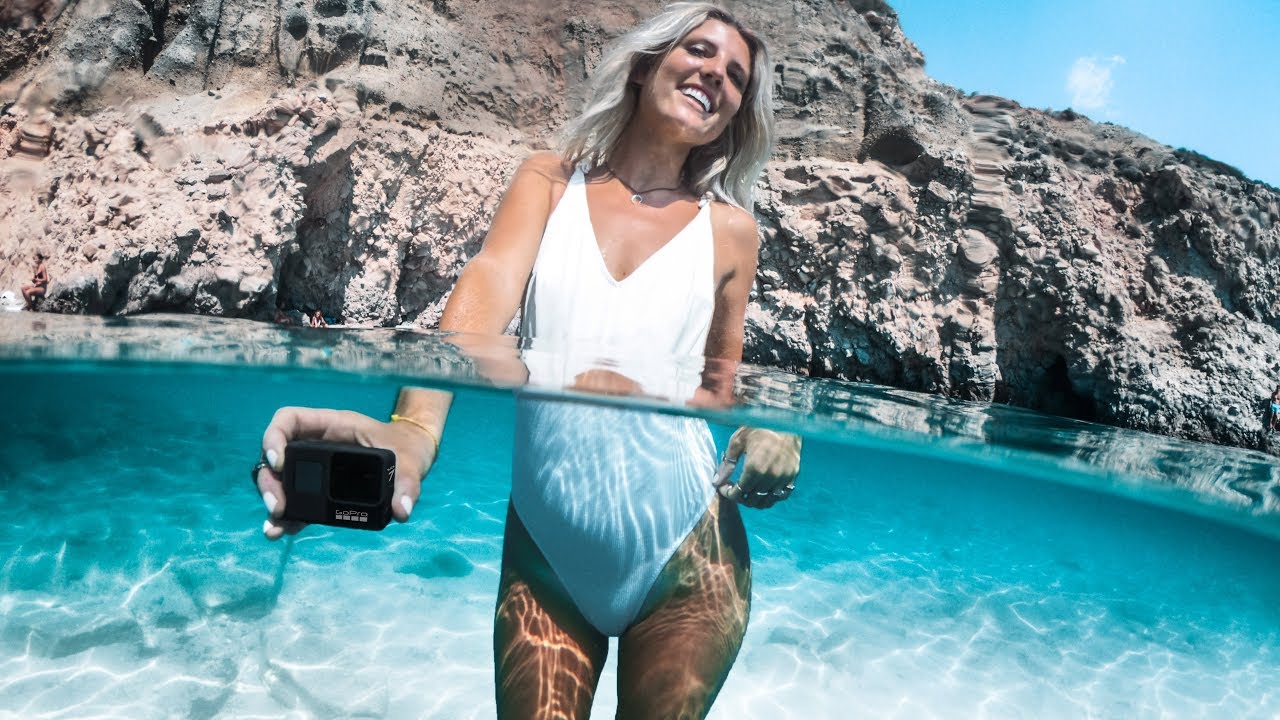 GoPro Hero 7 was the first model to introduce Hypersmooth. A digital image stabilization that delivers a supreme quality shake-free footage. Shooting with HyperSmooth enabled does indeed produce ultra-smooth footage even when shooting at full resolution like 4K/60fps.

This is one feature which I personally admire a lot. Just like magic, when timewarp is enabled along with hypersmooth, it lets you shoot stable hyper-lapses. You can record anything and everything while in movement, say while driving, biking, hiking, running etc. There is an option to timewarp at different speeds including 2x, 5x, 10x, 15x, and 30x.

This amazing new option can be enabled from Settings. The Hero 7 calculates the best White Balance, minimum and maximum ISO levels, sharpness and colour to create a HDR photo. The best part about it is that Hero 7 does not over-edit the picture; it just gives a dynamic, natural look.

Hero 7 Black has a new and improved user interface. Portrait mode has been added, allowing you to shoot vertical photos and videos for platforms such as Instagram Stories or IGTV. The Hero7 Black has more attractive as well as user-friendly features.

This simple yet much needed feature was not available in the previous models. GoPro Hero 7 supports Self-Timer. You may now set the timer to 15 and 30 seconds when you want to record a short video without anyone around. You can also use the Still timer which is mainly used for taking pictures. It can be set to 3 and 10 seconds.

Few things to keep in mind which act as a drawback in case of Hero 7 Black are :

A GoPro’s battery generally lasts for about 1.5 – 2 hours. Reducing the resolution and disabling certain unwanted features like GPS, WiFi etc. may help in extending the battery life. It is always advised to carry a few extra batteries along.

Hero 7 models have an f/2.8 aperture which means they are capable of shooting in low light, but the footage quality is not that great. The Hypersmooth feature is automatically disabled in low lights which worsens the quality. Thus, for best results you must prefer to shoot in daylight.

Hero 7 Black has an improved internal voice control, but it still doesn’t have a mic-jack. Instead, it supports a USB-C and micro HDMI ports. GoPro does offer a mic-jack adapter as a solution, but it is expensive and a bit bulky.

Haga clic aquí. for some more useful tips for all new GoPro users. As already mentioned in the linked article, it is important to tell a story in your videos, adjust GoPro settings, plan your shots and make sure that the lighting is correct. The article also mentions few other things to consider while you are out and about shooting.

For more GoPro Tips check out this video:

GoPro Hero 7 Negra is one of the best action cameras available in the market today. Once you get hold of all the features, you can do your own experiments and work wonders with this little black magic box in your hand. This amazing camera by GoPro will not just be your best companion, but will also fill your SD cards with some memorable moments of your life. So, get acquainted to your Hero 7 with the detailed instructions given in this topic as well as the manual, and be ready to capture some phenomenal shots!