Today, there are several drone companies that create some wonderful drones designed to offer you superb aerial shots. With the advancement in technology, drone companies are constantly upgrading their drones with the latest features and specs. To give you an example, DJI has recently launched its brand-new quadcopter – the DJI Air 2S. The product has been upgraded in all aspects from its predecessor – with fantastic flight performance and camera upgrade to offer you top-notch image quality. 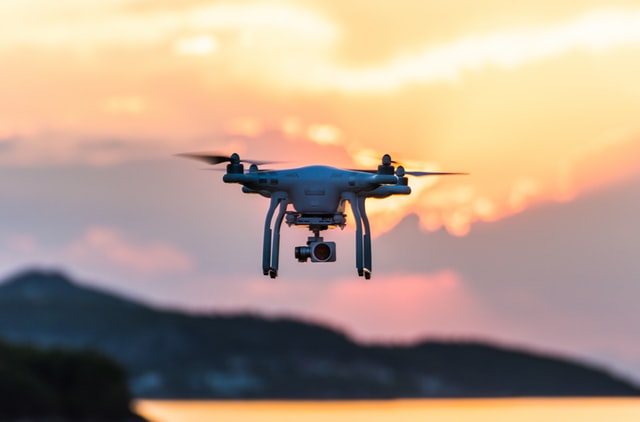 There are numerous companies in the fast-moving drone industry that are competing to introduce you to some highly advanced offerings. In this post, I’ve compiled a list of the top five drone companies. So, get ready to discover the biggest players in the drone industry as of 2021.

Here are the five best drone companies in 2021:

#1. DJI | The Largest Consumer Drone Company in the World

DJI is the top consumer drone manufacturer across the globe. Known specifically for its Mavic series, the brand has launched several innovative drones over the years. The Mavic series drones by DJI, which include some wonderful machines like the Mavic 2 Pro and Mavic 2 Zoom, have become some of the top-selling drones owing to their unique appeal to new as well as intermediate pilots and videographers. And, with the launch of the revolutionary compact drone – the Mavic Mini in 2020, DJI once again proved its mettle!

Autel Robotics is the foremost player that has been delivering quality solutions when it comes to unmanned aircraft and camera drone tech. Established in 2014, this American drone company is headquartered in Bothell, WA. The main focus of Autel Robotics is to develop products that transform complex technology into simple solutions for aerial photo/videography. The latest offering by the company – the Autel EVO II drone has its name in some of the most popular drones around.

#3. Parrot | Popular as the Maker of the ANAFI Drone

Parrot started off by creating toy drones. But, since 2019, the company has moved to manufacture commercial drones and other consumer products for smartphones and tablets. The company has been developing some great drones lately. Its Parrot ANAFI drone has always been one of the most in-demand consumer drones. Other than consumer products, Parrot is also working with the US Department of Defense to build short-range military reconnaissance aircraft.

Ever since the launch of the Typhoon H520 in early 2017, Yuneec has become a known name in the world of consumer drone manufacturing. Over the years, the company has designed added some great flying machines to its Typhoon series. Most of the drones created by Yuneec are designed specifically for commercial applications. Another thing that’s great about the company is its high-quality service. In 2018, Yuneec launched its first-ever voice-controlled drone- the Mantis Q.

#5. Skydio | Another Top Drone Manufacturer Based in the US

Founded in 2014, Skydio is one of the top drone manufacturers based in America. All of its drones are manufactured in the US. In 2018, the company launched the R1 drone, which was considered a breakthrough in the consumer drone segment. Then, the company introduced Skydio 2 in 2019. It sold out in a single day! Featuring the Skydio Autonomy Engine – the Skydio 2 is arguably the most advanced drone featuring an artificial intelligence system.

So, these are the best drone companies that create some wonderful drones for capturing aerial photos and videos. You can choose any drone suitable for you from these brands, and you’re most likely to have a great experience. If you want to choose one amongst these brands, I’d say you should go for DJI, simply because the brand has the widest range of some top-notch drones. Other than that, if you would rather go for an American-made drone, then you should choose Skydio.

I hope this guide helped discover the biggest players in the drone industry as of 2021. 🙂