Camera Battle: GoPro vs DSLR (under $400) for Video

Comparing a GoPro with a DSLR is a bit of an unfair battle. Both the camera types are very different when it comes to size and specifications. GoPro is a compact action camera which is meant to record pro quality footage of your high-impact fast action adventures. The video quality of the latest GoPros, such as Hero 9 or Hero 8, are so good that it can give any average DSLR a serious run for its money.

However, when you talk about still images, DSLR cameras have a definite edge.

Now the question arises: Which is the best option for you if you’re considering buying one of these? Should you grab the compact and portable GoPro, or the high-quality image producer that is the DSLR? To help you make a wise purchase decision, I’ve come up with this detailed comparison between:

Are you ready? Let’s compare! 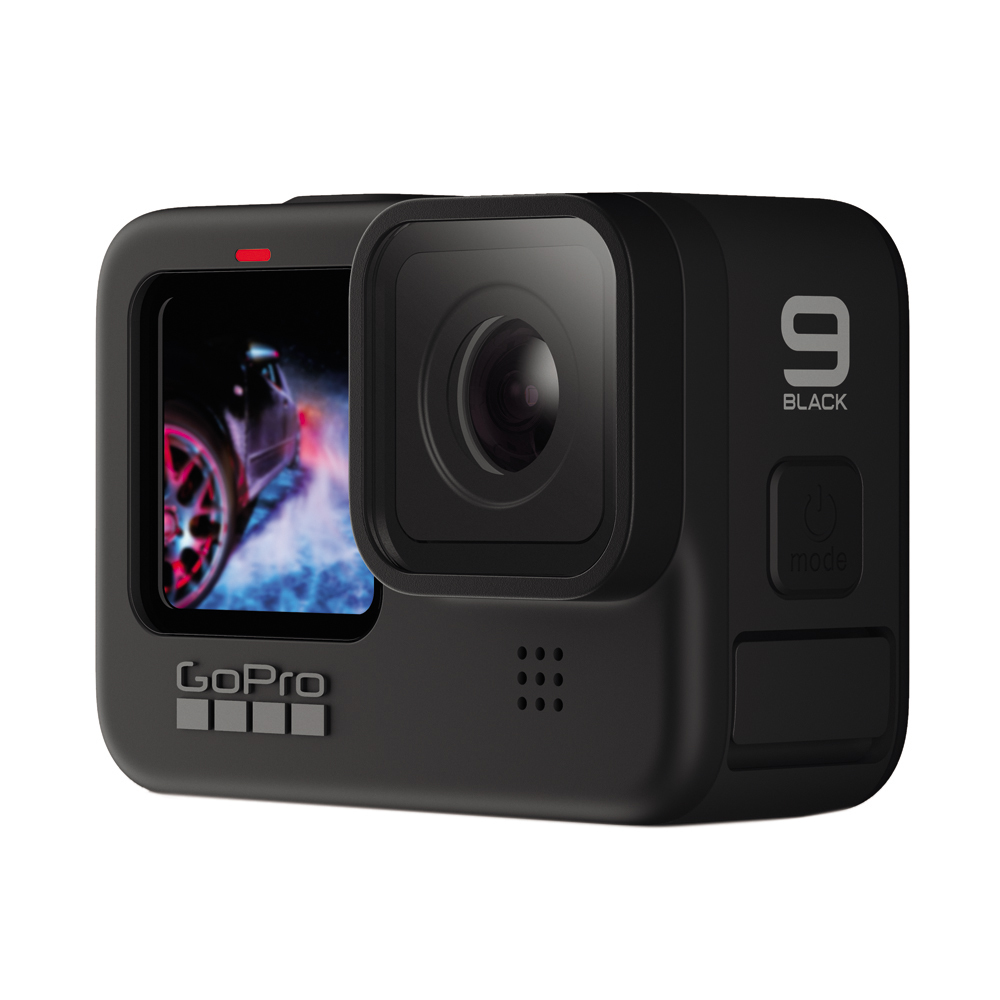 Rather than being just an iterative upgrade, GoPro has made some radical changes in its 2020 model – The GoPro Hero 9 Black. You get a new sensor, colour LCD displays (both front and rear), and most importantly, the ability to shoot up to 5K video. In a nutshell, it has more resolution, more pixels, more screens, more stability and more acceleration as compared to its predecessor.

Canon’s entry-level DSLR – The Rebel T7 features a 24-megapixel camera and offers continuous shooting up to 3 frames per second. It also has a nine point autofocus system along with a three-inch rear LCD. I’ve pitted this DSLR against Hero 9 because it’s fair to compare two cameras when they come at similar price points.

Since GoPro is basically designed to be a video camera, capturing quality images is its secondary feature. In fact, the main difference between these two cameras is the sensor size and the ability to mount different lenses, that is only possible on DSLRs. As a consequence, DSLRs – Canon EOS Rebel T7 in this case – is able to shoot images with a higher details and, possibly, less image noise.

Another major difference is that DSLRs (fast) lenses are able to produce a nice blurred background behind your subject, which it won’t be possible to produce with any GoPro camera. When we talk about the ISO Range, again the Canon DSLR is able to go a lot higher, thus giving superior images even in low-light.

As I’ve mentioned before, GoPros are built to be super compact, yet record good videos even in the shakiest situations. That’s the main reason why so many people love it as a travel camera! The GoPro Hero 9 supports huge variety of video formats including 5K and 4K at multiple frame rates. Therefore, you can create wonderful slomo videos in post-production.

In contrast, the Canon T7 specifically and entry-level DLSRs in general rarely get to the 4K-5k video resolution range. When it comes to frame rates, the Canon T7 only goes as high as 60 fps. While 60 fps is not bad, but for action-lovers it can be not enough!

The built-in stabilization with the GoPro Hero 9 has improved substantially. It features the one of the best in-camera digital image stabilization I’ve seen around, called HyperSmooth 3.0. It’s highly impressive, to say the least! It’s so good that you don’t feel the need of a gimbal even in super shaky situations.

When we talk about size and weight, GoPro is again the clear winner. The Hero 9 is significantly lighter, compact and versatile as compared to Canon Rebel T7, becoming the perfect low-profile camera.

The GoPro Hero 9 has a fixed lens (meaning you can’t change it). The lens of Canon Rebel T7, on the other hand, is larger, and allows for replacements. As a result, in some occasions (especially for photography) you won’t get the quality images with GoPro that you will from the Canon Rebel T7.

The GoPro is built to be super-versatile. It has loads of accessories and mounts, which makes it very flexible and portable. You can carry it around even while you’re doing extreme adventure sports. Have a look at this article to know more about GoPro mounts and accessories.

On the other hand, DSLRs support some very basic accessories like a tripod or just to be hanging around your neck and used as a handheld.

The GoPro Hero 9 Black has been designed to be a waterproof camera. It’s able to go down to 33ft (10m) without a separate housing. With the housing from GoPro, you can take it down to 196ft (60m). So, there’s no competition here. DSLRs aren’t really meant to get wet, which is why the Canon Rebel T7 is NOT waterproof.

Have a look at the current prices of both the cameras on Amazon.

Which Camera Is The Best For You?

Both GoPro Hero 9 and Canon Rebel T7 have their own pros and cons. There is no easy answer to the question: Which camera is the best? This depends on your needs and application.

Let’s say that if you are looking for a lightweight and low-profile camera that you can take with you in every trip, then a GoPro would be ideal.
However, if you are looking for quality photography or the ability to change lens and benefit from wide, all the way to zoom lenses, then a DSLR camera would do a better job.

If you are still on the fence, here below I’ve summarized the main technical specifications for both the GoPro Hero 9 and the entry level DSLR Canon Rebel T7. I hope it can help you with choosing the best camera for your needs…

Choosing one amongst these is a difficult job because the two cameras are quite different. It’s a lot like comparing apples and oranges. But I’ll still attempt it. If you want a camera for traveling, sport, and underwater use, GoPro is undoubtedly the best bet for you. It’s easier to use and carry, and can create great videos up to 5K in almost any situation.

The DSLR, on the other hand, is the king of pro-quality images. Its sensors are larger, the lenses are better and the settings are much more customizable. All this translates into the fact that you will almost always be able to get a better image with a DSLR.

If you found this article useful, please help all GoPro users by sharing it with your friends 🙂

Best GoPro Anti Fog Inserts (+ How To Use Tips)