The rugged GoPro action camera can be taken to places where many other cameras most certainly won’t survive! But, it means that there may be instances where you’d want to use it remotely, that is, without actually having your GoPro in your hand. The most obvious way of doing this is by using a remote controller like GoPro Remo.

In this article, we’ll discuss all about GoPro Remo – its features, its pros and cons, how to use it and info about its alternatives. By the end, you’ll certainly be able to make a decision on whether you should buy it. 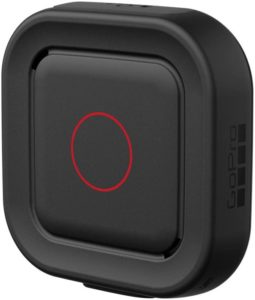 Here are the key features of GoPro Remo: 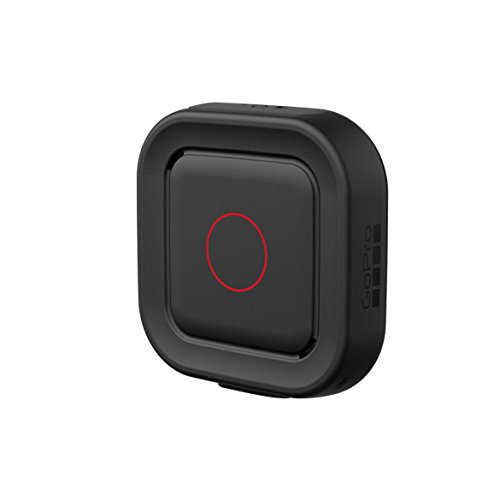 Talking to your GoPro just got easier with Remo – a voice-activated remote that extends the voice control range of your compatible GoPro camera. Although it looks kind of plain, Remo is a highly useful GoPro remote control that understands all your voice commands promptly. It has a simplistic design with one large button in the middle for various functions and a second small button on the side for power/pairing. Remo has this great ability to hear you even in windy and noisy environments when your GoPro can’t, which makes it a highly desirable choice. And, it’s waterproof too (down to 16 ft / 5m)!

Pro Tip: Wear the Remo on your wrist with the included strap (ships in the box) for added convenience.

Have a look at this video to know all about GoPro Remo.

Since it works via Bluetooth, it has a much shorter effective range (33ft/10m) than remote controllers that operate with WiFi. Also, a significantly large number of users have reported battery and charging issues with Remo and have, therefore, given it a negative rating on Amazon. They state that it won’t charge even after trying for several hours!

To control your camera with your voice using GoPro Remo, use the following voice commands:

Or, when Remo and the camera are on, you can simply press the Shutter button on Remo to begin capturing in the camera’s current mode.

How to Charge GoPro Remo?

When the battery status light on your GoPro Remo turns red, charge it using the provided USB-C cable by connecting it to a charger or your computer. The light turns green when charging is complete. It takes about 80 minutes for your Remo to fully charge.

Now, we’ll talk about another great remote controller from GoPro: GoPro Smart Remote. It has been well-received and highly rated by GoPro users. The range and waterproof capabilities provided by this option are way better than the GoPro Remo.

GoPro Smart Remote is an official GoPro accessory which is, in many ways, the most feature-rich of GoPro’s remote controls. It’s compatible with most of the GoPro models that have wireless capabilities. 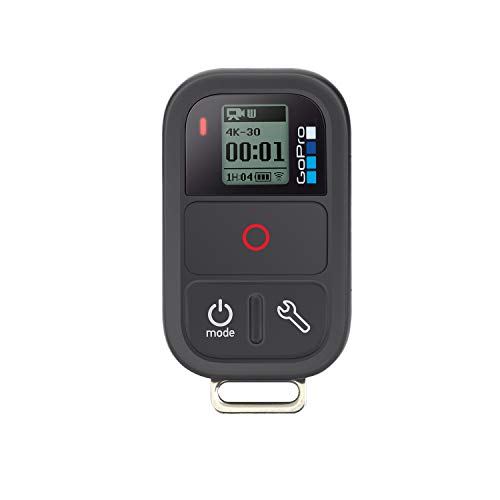 What we like: This remote control with built-in LCD screen lets you control all camera functions, including shutter, on/off and settings. When used with Hero 6 Black, Hero 5, Hero 4 and Session cameras, you can also add HiLight Tags to mark the key moments while recording. The 600ft/180m range is also great, along with the fact that you can control up to 50 cameras at a time! What’s more? This rugged remote control is wearable, mountable and waterproof to 33ft / 10m.

What we don’t like: It doesn’t work with voice control. Also, it’s not compatible with one of the latest GoPro models: Max.

In addition to these two official accessories provided by GoPro, there are many more ways to control your action camera remotely. Have a look at this article for a detailed description about the different ways to let you control your GoPro remotely.

Conclusion: Should you buy GoPro Remo?

The range provided by GoPro Remo is much shorter than the Smart Remote. This is because the Remo connects only via Bluetooth, which has a much shorter effective range than WiFi. It’s also important to note that GoPro has discontinued the Remo. But, we’re not particularly surprised by this decision taken by the company, considering the amount of reliability issues reported by the users online. So, I’d suggest that unless you really need the voice control, go for the GoPro Smart Remote over the Remo. It’s definitely an overall better choice!

Also bear in mind that if you own the new GoPro Hero 9, then the GoPro Remo will not work.

However, if you really need the Remo’s voice-control feature, you still might be able to find it on Amazon even though it’s discontinued.

I hope that you found these tips useful! If so, please share this tutorial with your friends and colleagues 😊

4 Ways To Turn OFF Your GoPro (and Save Battery!)