Every time you go on a vacation or even just take your GoPro camera out, the best part is coming home and documenting all of those memories. But what if I told you that there was an easier way to capture every single moment? With the GoPro Spot Meter, it’s never been simpler!

So, are you wondering what the GoPro spot meter does? Well, I’ve got answers. This article will take you through everything there is to know about this cool feature on your camera!

What is GoPro Spot Meter?

El GoPro Spot Meter is a great feature for those who have trouble with uneven lighting in their frame. It only uses the center of your image to calculate exposure, which will give you an accurate reading specifically on what’s important and not everything else that may be going on around it.

The word “spot” comes from its usage – the small center area can take up just about any type of light situation like when someone has too much backlighting or maybe when they’re under harsh direct sunlight. In such situations, the camera adjusts accordingly without affecting other parts of the picture because it doesn’t read them at all!

Therefore, in essence the Spot Meter allows you to capture what matters most by exposing only that part of the image correctly. This results in better looking videos and images even when you have uneven lighting across the frame, such as when you’re shooting into bright sunlight or dark shadows.

How Does GoPro Spot Meter Work?

As default, the GoPro recognizes the entire frame of what’s in front of it and how bright or dark that scene is to set a correct exposure (usually by averaging that entire scene). Most of the time, this results in great looking shots! But, there are some situations where it doesn’t work that well.

For example, shooting in conditions like bright sunlight on snow can result in underexposed shots if the people you’re capturing are standing in a darker area. Similarly, if the camera is at a dark place and you’re shooting something bright (reverse situation), it will result in overexposed shots. 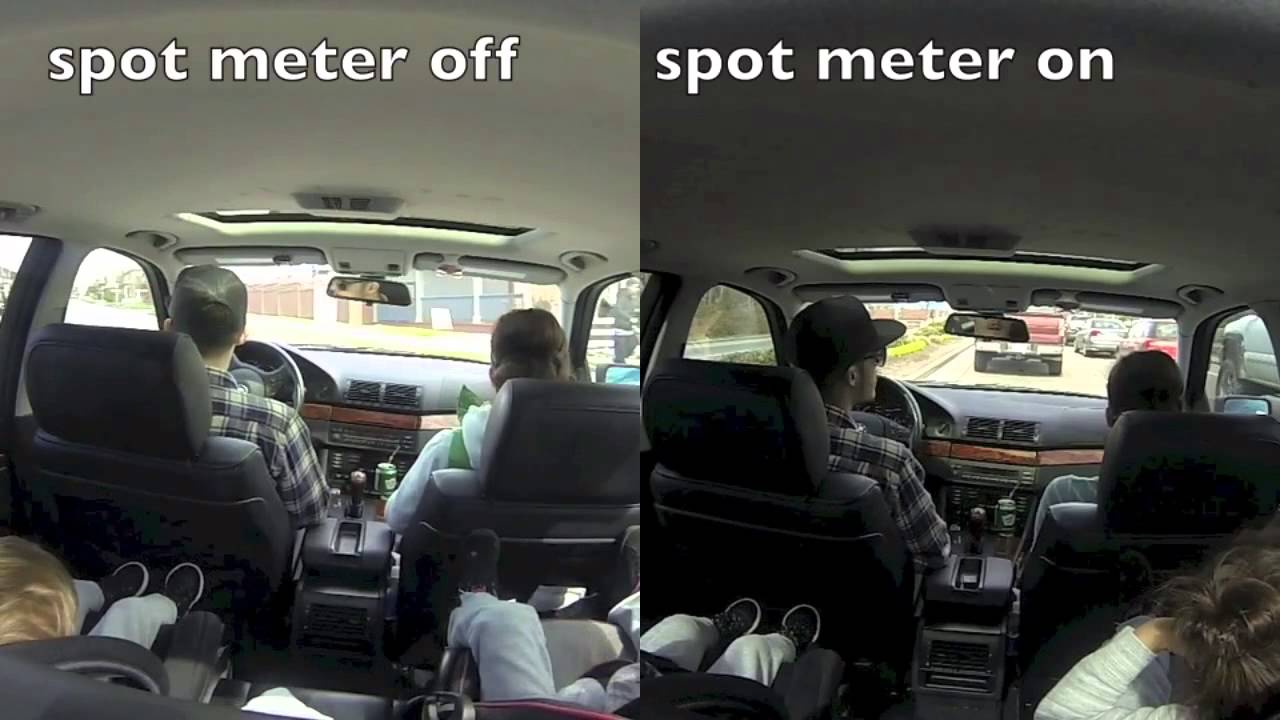 That’s where the need of ‘GoPro Spot Meter’ arises! When you use the spot meter the GoPro camera, instead of averaging the exposure across the whole frame, uses a small, defined spot in the center to figure out what should be adjusted for proper brightness levels. It ignores any other part of your shot that is outside this center area. Therefore, you get focused and sharp images of the scene.

Which GoPros Have Spot Meter?

All the latest GoPro models have the spot meter feature. However, in many of the recent models (the ones that came after the Hero 5 Black), it is known as Control de la exposición.

Exposure control is quite similar to Spot Meter, but it’s more flexible. Like Spot Meter, it calculates the exposure on a specific small part of your frame. But you’re not limited by an immovable area in the center anymore – you can change where this fixed point will be! This makes for much greater flexibility.

When to Use GoPro Spot Meter?

Following are a few different occasions when you may want to use the Spot Meter function on your GoPro:

When Not to Use GoPro Spot Meter?

Here are the scenarios when you shouldn’t use GoPro Spot Meter:

To recap, this article aimed to help you understand what spot metering can do for your GoPro photography or videography and how it works! The GoPro Spot Meter is a useful tool for anyone who wants to be able to capture shots with the perfect exposure. It’s pretty easy to use and it doesn’t take much time at all!