GoPro is, undoubtedly, the king of action cameras! The way a GoPro can withstand even the extreme situations, this rugged cam is just awesome. You can lift it up on a selfie stick while going down a slide, mount it on your bike helmet while you’re out on a scenic adventure or even take it underwater to take beautiful shots of marine life.

However, GoPro cameras are not cheap. Starting at about $180 for the cheapest model, the price of these cameras may act as a hindrance for buying these cameras if you’re on a tight budget.

But you need not worry! We’ve done extensive research and have come up with a list of top 7 Cheap GoPro Alternatives under $100 disponible hoy.

Please note that these action cameras can do a good job for their price (which is relatively low), but their quality is not necessarily as good as GoPros.

You must consider this incredibly important aspect before purchasing an action camera: Is your camera Native 4k?

Almost all the action cameras available in the market today claim to feature 4K. However, the reality is that many of them are far from it! It’s just a misleading marketing gimmick. These ‘so-called’ 4K cameras rely on upscaling of footage from 1080p to 4k by the means of interpolation. So, you technically get a 4K output, but the quality difference is noticeable.

That said, I would like to enlighten you with the fact that most Native 4K action cams cost well above $100, or at least close to this figure. That’s why we’ve divided our list of GoPro alternatives into two parts:

Now, if you’re really looking for great quality videos, then we recommend that you must go for the native 4K ones, as these cameras provide a considerably better looking footage even if you’re not shooting in 4K.

Only a handful of native 4K action cameras come within the budget of $100. Here are some of those which we highly recommend. 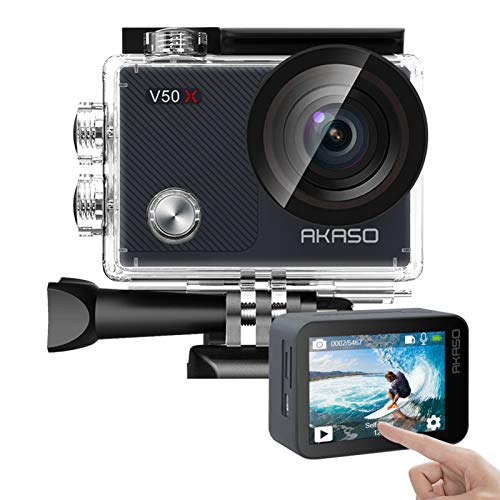 Lo que nos gusta: AKASO’s flagship V50X Native 4K action camera has some grandes características, like a 2-inch IPS touchscreen, adjustable viewing angle, WiFi and a gyroscope. The intuitive touchscreen makes it look quite like some of the newer GoPro models. It has a 12MP Sony sensor that not only produces a great footage in daylight, but also decent quality low light shots. We liked the picture quality and image stabilization. With adjustable viewing angle, you can capture footage from 70° to tomas de gran angular up to 170°. What’s more? You get some amazing accessories included in the package: a waterproof case, a remote control, a helmet mount and many more useful things.

Lo que no nos gusta: This camera works pretty well except for the fact that the duración de la batería could be better when recording in 4k.

Lo que nos gusta: Another great alternative to GoPro Hero series, Apeman Trawo is one of the cheapest native 4K action cameras around. We’re pretty impressed with its video quality and electronic image stabilization which makes the footage look very realistic. The battery backup is decent; so is its 20MP Panasonic sensor for stills. The 2 inch IPS retina display screen makes photos and videos look noticeably clearer and more vivid as compared to traditional LCD screens. 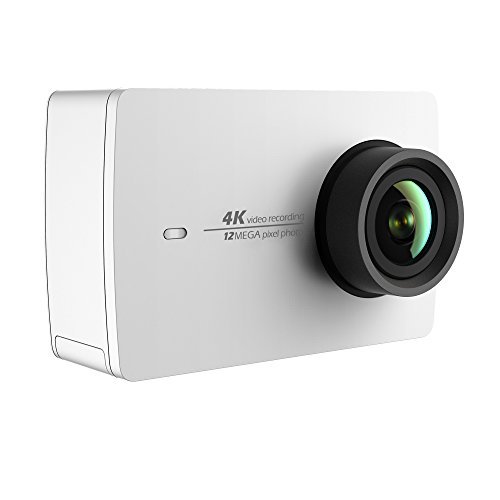 Lo que nos gusta: Yi native 4K action and sports camera is a wonderful option that you can pick up for less than $100. With the ability to record 4K/30 fps y un 12MP lens for stills, it offers a superb image quality. You get some grandes características, which include a 2.2 inch scratch resistant LCD touchscreen made with Gorilla Glass, built-in bluetooth & WiFi support, and control por voz for easy, hands-free operation. The camera is also highly durable and we like how well the EIS feature stabilizes the footage.

Lo que no nos gusta: Most action cameras in this range provide various additional accessories within the package. But this camera doesn’t provide any, which is why it’s a bit caro for what you get. 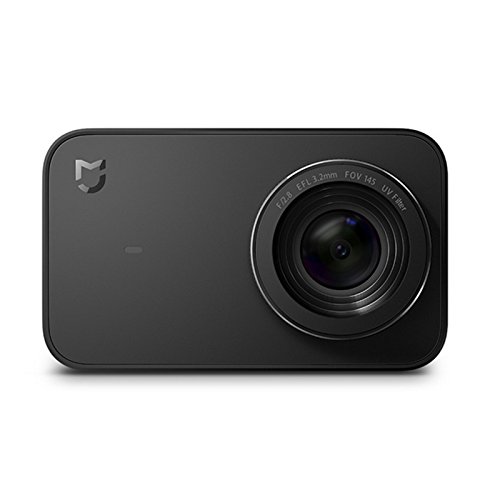 Lo que nos gusta: The Xiaomi Mi Mijia native 4K action camera features alta calidad de construcción at a budget friendly price. You get 4k/30 fps recording capability for videos and an 8 MP camera for raw images. The Electronic Image Stabilization (EIS) ensures that you get super smooth footage even while shooting fast-moving objects. Mijia’s built-in 2.4” high responsive LCD touchscreen is made with Gorilla Glass Retina to resist scratches and daily impact. We love how the camera looks: absolutely sleek and stylish! Its image quality is also something we’re highly impressed about. Even low light shots look amazing with this camera.

Lo que no nos gusta: With a maximum field of view limited to 145°, you can’t capture truly wide angle shots.

Lo que no nos gusta: Although everything seems great if you go by its specifications, in practical use you’ll notice that the resolution and sound quality of the resulting footage is not as great is it should be. However, that’s the best you can get at the extremely competitive price it comes for!

If you don’t think that you necessarily need real 4K resolution for your footage, there are plenty of non-native 4K action cams in the market. In fact, the options are way too many! So, you may get confused as to which one is the best for you.

To make things easy for you, here’s the list of our two favourites. 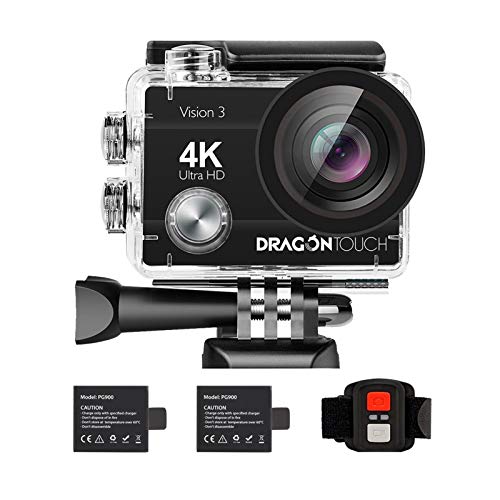 Lo que nos gusta: For those who want a cheap, entry-level action camera, this camera by Dragon Touch is your best bet! This camera provides an upscaled (not native) 4K resolution at 30 fps and a decent 1080p HD resolution at 60 fps. Plus, you also get some incredibly useful bundled accessories which include a remote control, a waterproof case and a variety of mounts. When you place it into the included waterproof case, you can dive down to 30 metres/100 feet depth with this camera.

Lo que no nos gusta: Bad news for those who own a Mac device: This action camera is no es Mac compatible! 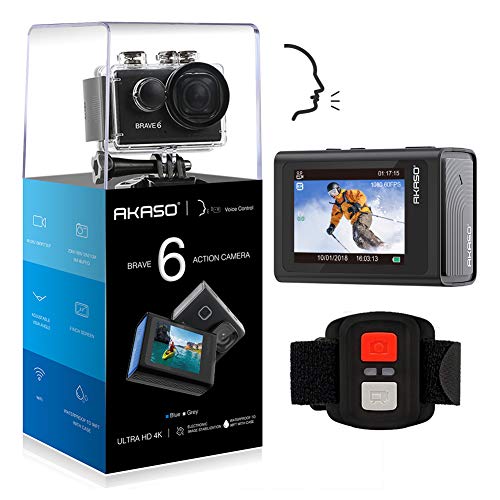 Lo que nos gusta: Brave 6 by AKASO stands out with one really useful feature that all new GoPros come with as well: Control por voz. For those who feel that fiddling with a remote control or your action cam’s buttons is a hassle, controlling your camera with voice commands can be a sigh of relief! With the recording capability of upscaled 4k/24fps y 1080p HD/60fps, a 20MP sensor for photos, and a 170° wide angle support, you get stunning Full HD videos. The camera also features Electronic Image Stabilization (EIS) for smooth, shake-free footage. With the provided waterproof case, you can dive down to 98 pies with this camera.

Lo que no nos gusta: A lot of users have expressed their disappointment with the quality of shots taken with this camera.